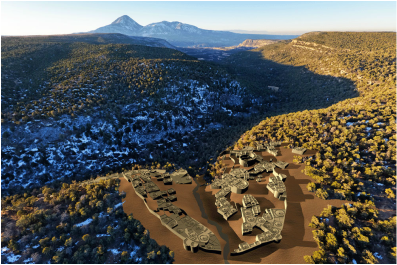 Sand Canyon Pueblo 3D reconstruction (Dennis R. Holloway)
We are studying the relationship between climate change, water availability, and dryland agricultural productivity in the Mesa Verde region. The numerous large multi-storied pueblos in the region speak to the large population that once lived there. Yet, by the late AD 1200s, these communities were all abandoned.  Drought is often cited as cause for the collapse of this society.  But the process by which drought affected crops has not been well-studied.  We will model the effects of low soil moisture on the potential for crop failure at the local scale of farmland around large pueblo villages by documenting the wilting point of dryland soils, a known level of soil moisture at which no water can be extracted by plants. We will be able to learn what factors lead to failure or sustainability of dryland farming over the long term. The team of researchers has backgrounds in archaeology, environmental science, hydrology, remote sensing, and geographic information systems, which we will use to understand how the likelihood of crop failure varied at large pueblo villages depending on soil type, topographic features, and vegetation, and how these varied across time during periods of higher precipitation and during drought. This research has been funded by the National Science Foundation (Grant #1460122).

The research area covers the western Andes out into the plains of Mendoza.  The region is a high elevation desert, similar to p﻿﻿﻿arts of the arid western U.S.  I am part of an collaborative and interdisciplinary team who is researching how humans have used the landscape in western Argentina through the Holocene. Our collaborators at the Museo de Historia Natural de San Rafael have generated extensive archaeological databases for the region. I will be working with them to develop GIS capabilities that will allow us to analyze the archaeological data at a regional scale.  We will examine how humans used this arid environment and how these practices changes as climate varied, human populations increased, and technology changed across the Holocene. We are also examining prehistoric changes in guanaco (Lama guanicoe) populations using genetics (NSF Grant # 1630051). 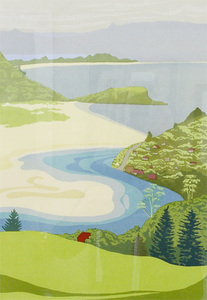 Gillian Pope, Purakanui (New Zealand)
My research in New Zealand uses behavioral ecological models to examine the consequences of human-induced environmental change on prehistoric peoples.  The arrival of Polynesian settlers about 600-800 years ago led to significant changes to the distribution and abundance of native flora an fauna due to landscape change, human hunting practices, and introduced fauna.  I look at how the changes to the environment brought about by human actions come back to affect what is available for humans to live off of.  This research was funded by Fulbright and the National Science Foundation, and has been published in the Journal of Anthropological Archaeology, Journal of Archaeological Science, World Archaeology, and the International Journal of Osteoarchaeology. 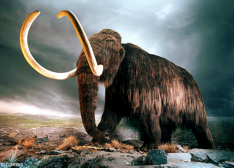 The question of what killed the megafauna is one of the hot topics within human-environment research.  Did humans hunt them to extinction?  Was it climate change?  Disease?  A combination of these factors?  While this is an inherently archaeological research question, the impact of this research extends beyond archaeology.  Megafaunal extinctions have been used as a template for all human-related extinctions.  In my research I examined the structure and impact of the arguments using a meta-analysis methodology.  Specifically, I evaluated a major assumption within the overkill explanation (megafauna were naive fauna) using extinctions data from New Zealand, Hawaii and North America. I am currently doing a citation analysis of how ecologists and conservation biologists have used the overkill scenario to explain modern extinctions.  And I am surveying archaeologists about what they think caused megafaunal extinctions to determine whether there is a consensus of opinion within the discipline.

I have co-authored a book with Mimi Wolverton and Ann Wolverton which tells the stories of women scientists in academia and industry.  The stories provide personal voices to the many of the issues documented in the research examining women in science.  The book was published by Stylus Publishing as part of the Journey to Leadership series.

This bike rack research originated as an on-campus project for GEOG 2110. Students mapped the location of racks on campus, and collected data on rack attributes, installation practices, and occupancy rates.  Two undergraduates have been working on analyzing the data generated by the class.  They have presented the results at the Southwest Association of American Geographers (SWAAG) conference, and were awarded 2nd place in the poster competition.  The research is also being used to help the university determine where future racks should be located.  We will be collecting more data and plan to publish the paper in a transportation journal. 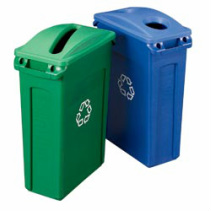 GEOG 2110 has been researching how location and placement of recycling bins affects collection rates in the Environmental Science building for the past two years.  We have examined the impact on recycling of such variables the number and location of bins, the presence of signage, and the removal of trash cans from classrooms. Recycling rates have increased from about 30% to over 85% as a result of these changes.

Ahead of a campus-wide rollout of the recycling program, students mapped recycle bin locations to document current coverage across campus as well as conducting research on recycling rates aimed at developing a protocol for placing waste stations in each building.  In July 2014, the protocol was implemented and recycling bins were placed in all academic buildings 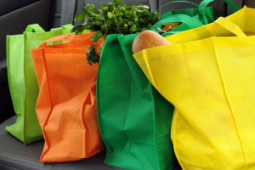 Students are studying the proportion of people who use plastic or reusable bags at grocery stores in Denton, as well as surveying citizens as to their reasons for using different bag types. The project is a collaboration with Keep Denton Beautiful (KDB) and provides information relevant to any future plastic bag policy that the city may implement. 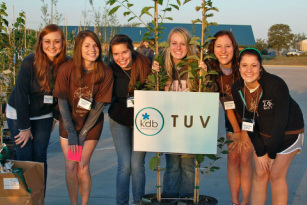 Keep Denton Beautiful (KDB) has a tree giveaway program for residents of the City of Denton. Students are studying where these trees are ending up in terms of variables such as demographics of the neighborhoods and the amount of tree canopy. Students presented the research at the 2015 Southwest Division of the American Association of Geographers (SWAAG) conference and won 1st place in the undergraduate paper competition.The results have also been published on KDB's website. 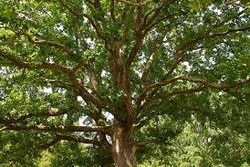 Students are using GIS to evaluate changes in tree canopy in Denton over the last five years.  Preliminary results indicate that tree canopy increased from the 1950s as land use from agriculture to residential.  However, development, both commercial and residential, over the last decade has occurred in areas with significant tree coverage. Students presented the research at the 2015 Southwest Division of the American Association of Geographers (SWAAG) conference and won 2nd place in the undergraduate poster competition. The research is currently being developed into a Story Map format.

Students are working on two aspects of urban ecology on campus.  The first is a class project in which students are documenting landscape variables important for understanding the campus as an urban ecosystem such as topography, soils, hydrology, vegetation.  They will then be doing group research projects that will include surveys of birds and mammals, historical changes in land use, changes in hydrological patterns  The other is GIS project to map and characterize landscaping beds to identify opportunities to improve aesthetics and biodiversity on campus.
﻿